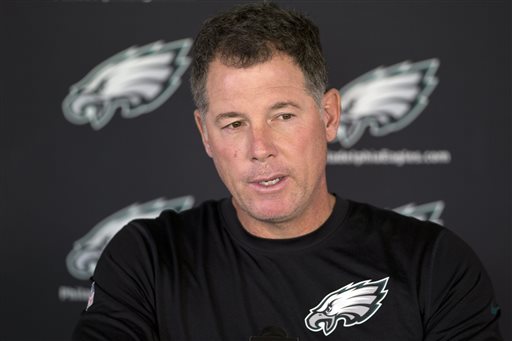 The Vikings accepted Sam Bradford’s deal as-is from Philly, so he is set to earn $7 million base salary for the coming season. The move was only possible after they released veteran center John Sullivan, freeing more than $5 million in salary cap space last week.

Bradford is under contract through the 2017 season, though the Vikings will have flexibility. He’s due a $4 million roster bonus on the fifth day of the league year in March, which gives the Vikings a window to move on without cost for next season. Bradford’s contract does have an injury-only guarantee of $4 million for 2017.

Bradford has thrown for 14,790 yards, 78 touchdowns, has 52 interceptions and has a 81.0 passer rating. The Rams traded Bradford to the Eagles during the 2015 offseason, and he set team records for completions and completion percentage last season.

Bradford arrives in Minnesota already knowing a handful of key players and coaches.

The Vikings made the move with the opinion of first-year tight ends coach Pat Shurmur, who was the Rams offensive coordinator when they drafted Bradford with the No. 1 overall pick six years ago. Shurmur and Bradford also spent the 2015 season together in Philly.

At Oklahoma, Bradford won the Heisman Trophy and was a redshirt freshman during Adrian Peterson’s final season with the Sooners. He also spent the 2014 season in the same Rams quarterback room as Shaun Hill, who presumably will still lead the Vikings into the regular season opener as Bradford acclimates himself to the playbook and his teammates.

Bradford might be able to give Teddy Bridgewater some advice on recovery from a torn anterior cruciate ligament, since he’s done it — twice.

Bradford first tore his left ACL in the middle of the 2013 season. Less than a year later, a preseason sack resulted in the same ACL being torn, which forced him to miss the 2014 season.

In his return, Bradford started 14 games for the Eagles last season, throwing for 3,725 yards, 19 touchdowns and 14 interceptions. He fumbled 10 times, losing three.

The Eagles took North Dakota State quarterback Carson Wentz with the second pick in this year’s draft, signaling an eventual move away from Bradford as the team’s starting quarterback. Under new coach Doug Pederson, Philadelphia is expected to use veteran backup Chase Daniel at quarterback until Wentz is ready.