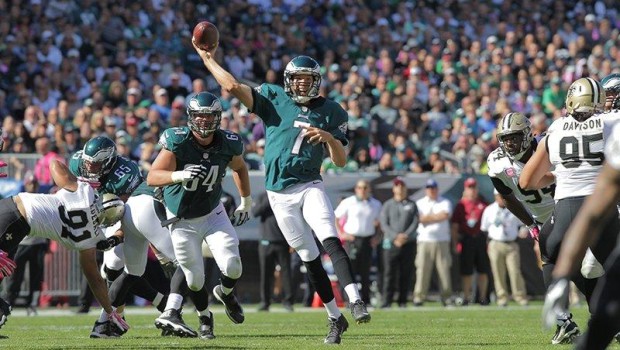 BRADFORD’S BACK: JAWS SAYS HE INSULTED CITY AND EAGLES!

Ron Jaworski took the Eagles to the Super Bowl in 1981 (where they lost!) and now plies his trade as a TV gasbag.

His MO is simple: study as much film as you can and then get on the bandwagon to dispense the conventional wisdom, no matter what.

“I think when a player literally walks out on a team, he’s got some apologizing to do when he walks back in that locker room. And I’m sure he’s done that, he’s a standup guy.”

Bradford, who was at the NovaCare Complex for voluntary workouts, released a statement regarding his holdout, which is now over.

“I’m excited to be back on the field today with my teammates and coaches,” Bradford said. “The business-side of football is sometimes a necessary consideration. My attention and efforts are focused on the participation in and preparation for a championship season: I am committed to my teammates and the Eagles organization for nothing less.”