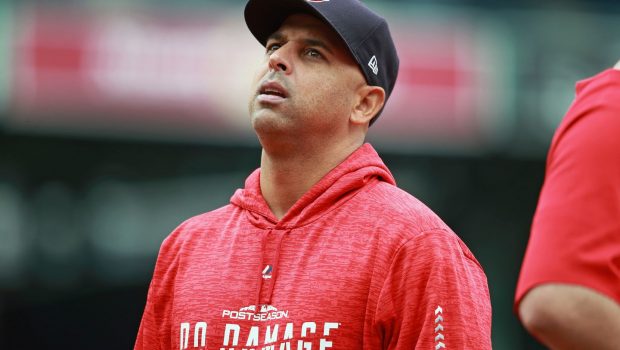 The MLB sign-stealing scandal has cost another manager bis job.

Alex Cora, who won the World Series in 2018 as manager of the Boston Red Sox but has been linked this offseason to two sign-stealing schemes, has mutually agreed to part ways with the team.

Cora, 44, led the Red Sox past the Los Angeles Dodgers in five games in 2018, one year after he won the World Series as the Astros’ bench coach.

In MLB’s findings on Houston announced Monday, Cora is described by commissioner Rob Manfred as being “involved in developing both the banging scheme and utilizing the replay review room to decode and transmit signs. Cora participated in both schemes, and through his active participation, implicitly condoned the players’ conduct.”

The Astros acted quickly after discipline for the team was announced Monday, firing both manager AJ Hinch and general manager Jeff Luhnow. Had they stayed with Houston, Hinch and Luhnow would have been suspended for the entire 2020 season. Houston was also fined $5 million and will lose its first- and second-round draft picks in 2020 and 2021.

The Red Sox allegedly used video to decode opponents’ sign sequences and passed the information to their players. But they are not accused of going as far as the Astros in terms of communicating the knowledge — such as the Astros’ trash-can banging — to players at the plate.