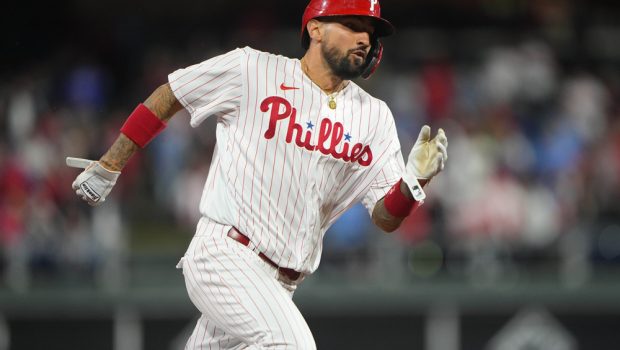 He was supposed to give the Phillies something like the .309 BA and 34 home runs and 100 RBI’s he did for the Reds last year.

And the normally mild-mannered Castellanos flipped out last night.

He was booed by many in the crowd of 38,542 during another rough night at the plate: 0-for-4 with a strikeout as the Cubs beat the Phils 6-2.

“It is what it is, man. I don’t need to give an opinion on that,” Castellanos said when asked about the booing.

Castellanos called it a “stupid question” and got into a heated exchange with a longtime local beat writer.

“It’s just different,” he said of the pressure of playing in Philadelphia. “Nothing I can’t adapt to.”

With slugger Bryce Harper out indefinitely because of a broken left thumb, Philadelphia is looking for Castellanos to help fill the void left by the 2021 NL MVP as the Phillies chase their first postseason appearance since 2011.

Interim manager Rob Thomson said Friday he didn’t consider moving Castellanos out of the No. 3 hole, expecting that his numbers will look similar to career averages once the season ends.

“I haven’t been able to get on base,” Castellanos said. “Obviously, that’s frustrating.”