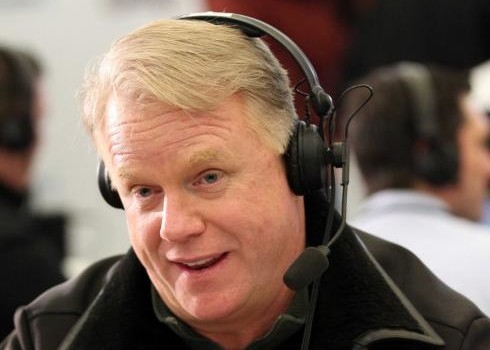 BOOMER IS STILL A BELIEVER IN CHIP KELLY AND THE EAGLES!

As the winless Eagles prepare to play the New York Jets in the Meadowlands on Sunday, a former Jet star has made it clear that he is not among those who believe that the Birds’ season is toast!

Esiason was asked Tuesday night during Showtime’s “Inside the NFL” show what 0-2 team still has the best chance to make the playoffs. Preseason division favorites, the Seahawks, Colts, and Eagles are 0-2 along with the Ravens, Saints, Giants and Lions.

“If I had to say a team, I’m going to pick the Seattle Seahawks,” Esiason said. “They’ve been on the road the first two games. They’ve been everybody’s marked team and this week in come the Chicago Bears, who can’t get out of their own way. So, I think they get their season back on track.

“And I’m not giving up yet on the Philadelphia Eagles. I’m just not. I know everybody wants to throw in the towel. To me, I think there’s something special that can be had there. And I think Chip Kelly is going to turn it around.”