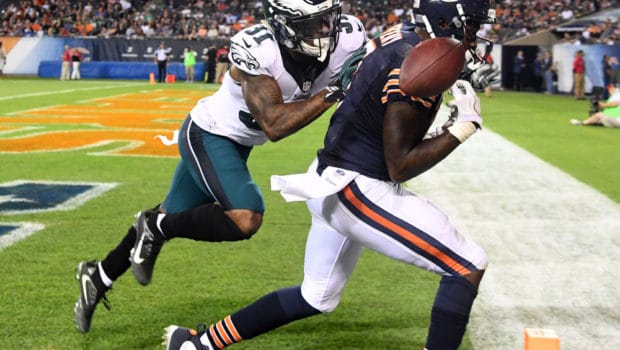 BOOKMAKER: EAGLES HAVE GOOD SHOT AT JEFFERY BECAUSE OF GROH!

Bookmaker.eu thinks the Eagles have the second-best chance of landing Alshon Jeffery in free agency this offseason, just behind the Chicago Bears (Jeffery’s current team).

Here are all the teams listed in the Jeffery sweepstakes: