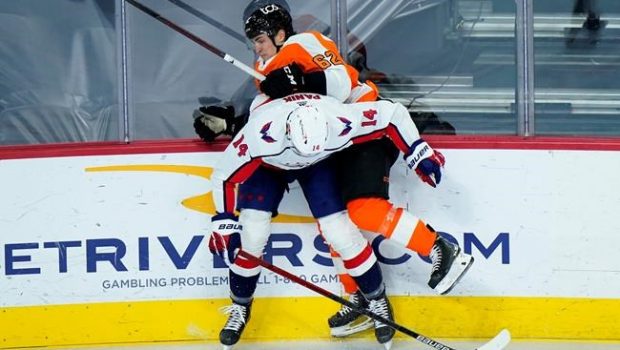 BOO WHO? OFFICIALS FOR IFFY CALLS AND FLYERS FOR THE LOSS

So, who exactly were the 3,023 fans at Wells Fargo Center last night booing?

They booed the officials after Travis Konecny was whistled for goaltender interference in the first period.

The boos returned with just under 13 minutes left in the third and the Flyers trailing by a pair of goals, and they grew louder at the end of the loss.

The Flyers spread out fans throughout the building, with yellow signs over chairs indicating where they could sit.

Fans were required to wear face coverings unless they were actively eating or drinking.