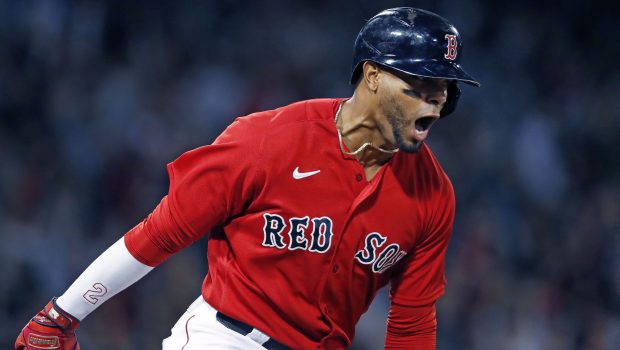 ESPN is reporting that shortstop Xander Bogaerts and the San Diego Padres are in agreement on an 11-year, $280 million contract.

The 30-year-old Bogaerts, who has played his entire 10-year career with the Boston Red Sox, is a four-time All-Star and a two-time World Series champion. He is coming off one of his best seasons, posting a 5.8 bWAR and finishing ninth in American League MVP voting in 2022.

Bogaerts was a free agent after opting out of a six-year, $132 million contract extension he signed with the Red Sox ahead of the 2019 season. He joined a class of free agent shortstops that also included Trea Turner (who signed with the Phillies), Carlos Correa and Dansby Swanson.

The Padres already have Fernando Tatis Jr. at shortstop, but he missed the entire season because of injuries and an 80-game suspension for testing positive for a performance-enhancing drug. San Diego also met with Aaron Judge and Turner before the big stars opted for different teams.