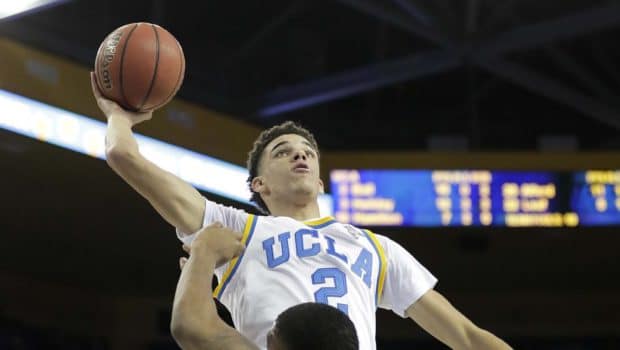 Here’s what to look for in tonight’s NCAA games:

► Why to watch: If you have to ask, well … Two of the most accomplished programs in the sport clash in what could easily be a Final Four pairing. The Bruins and Wildcats already staged an instant classic in Lexington on Dec. 3, with UCLA taking a 97-92 victory that snapped UK’s 42-game home winning streak. Though the Bruins maintained the lead throughout the second half in that fast-paced affair, Kentucky still showed that no lead is truly safe with their array of long-range marksmen. In short, this is appointment TV for any college hoops fan.

► Why it could disappoint: It’s hard to figure how it could. It’s conceivable that Malik Monk and all his Wildcat teammates could go cold, or that the Bruins could start tossing pass after pass out of bounds. But both teams’ recent performances suggest this will be a fun ride. Enjoy.

► Why to watch: Baylor is the highest remaining seed in this region, though that hardly means the Bears have a clear path to Glendale. Just ask the Gamecocks, who sent Duke packing while showing the form they had displayed early in their run through the SEC. South Carolina G Sindarius Thornwell alone makes the game worth a look. It will be of particular interest to see how his driving ability is affected by Johnathan Motley’s presence in the paint.

► Why it could disappoint: Neither of these teams puts up points in huge bunches. Should either fall behind early, it could become a slow slog the rest of the way.

► Why to watch: Perhaps we should stop being surprised that Wisconsin is here. Even so, facing the defending champ and top overall seed was a tough hand for the Badgers to be dealt. At first glance their matchup with the Gators seems less daunting, but Florida is capable of putting up a big score as well. With C John Egbunu sidelined, the Gators will have to be on target from the arc.

►Why it could disappoint: The defense-oriented Badgers don’t let many opponents find much of a flow. Their own offense can struggle as well, particularly if Bronson Koenig’s recent hot shooting cools. The finish could still be close, but the game might not always be pretty.

► Why to watch: Though the Tar Heels are the last representatives of the ACC left standing, they must still be considered among the top candidates to claim the title. They’re far from flawless, however, and the Bulldogs can cause them problems with their half-court defense and deep bench.

► Why it could disappoint: While Butler will do its best to keep the pace manageable, its offense can bog down at times. If that happens, the Bulldogs aren’t likely to keep the Tar Heels in check for a full 40 minutes. A double-digit UNC lead could prove insurmountable. 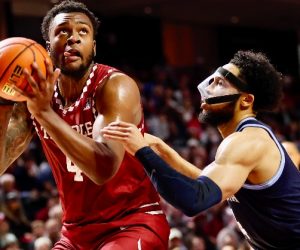