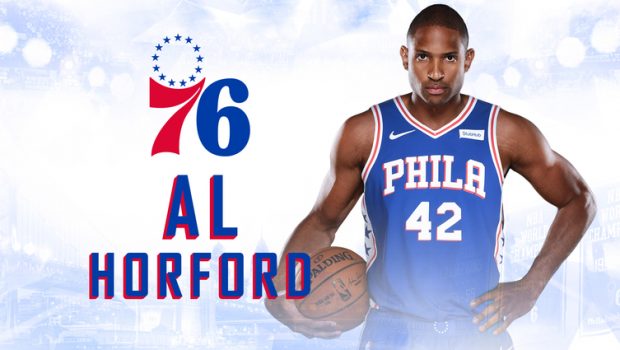 The Sixers made it official yesterday:

“We’re excited to welcome one of the NBA’s best frontcourt players in Al Horford to Philadelphia,” said GM Elton Brand. “He has built his reputation around hard work and a tradition of winning, which are the same qualities that have formed the foundation of the 76ers. Al’s playmaking, elite defensive talents and veteran leadership confirm why he is a crucial addition to our roster. We have gained a championship-level teammate that will not only complement our current makeup, but will help grow our young core as we strive for the highest level of success.”

Horford appeared in 68 games (all starts) for Boston last season and posted 13.6 points, 6.7 rebounds, 4.2 assists and 1.3 blocks in 29.0 minutes per game, joining NBA MVP Giannis Antetokounmpo as the only two players in the league to hold such averages. The five-time NBA All-Star also shot .535 from the field, .360 from three-point range and a career-high .821 from the free-throw line. Horford’s seven seasons with a field-goal percentage of .500-or-better are the fourth-most among active NBA players, behind only Dwight Howard, Pau Gasol and LeBron James. Among other accolades, Horford was selected to the 2017-18 All-Defensive Second Team and the 2010-11 All-NBA Third Team.