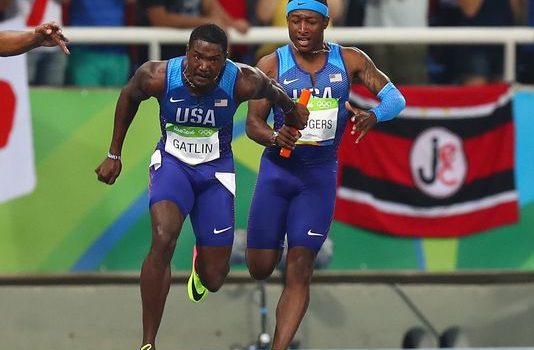 The United States’ fate in the men’s Olympic 4×100-meter relay final was sealed last night in the split second where Justin Gatlin’s hand first made contact with the baton.

The track and field world has a multitude of rules and regulations, but Rule 170.7, the one that cost the American team a bronze medal it thought it had safely secured, is relatively simple.

After crossing the line in third, the U.S. missed out on bronze due to being disqualified. Usain Bolt’s Jamaican team claimed gold, with Japan in silver and Canada moving up to bronze.

The problem occurred on the changeover between the first and second leg. Mike Rodgers led off for the U.S. and motioned to hand over the baton to Gatlin. However, the point of contact clearly appeared to be before Gatlin had entered the changeover zone.

Gatlin said afterwards that he didn’t believe in good or bad luck, only “good preparation.” His preparation had looked to be meticulous, as he carefully