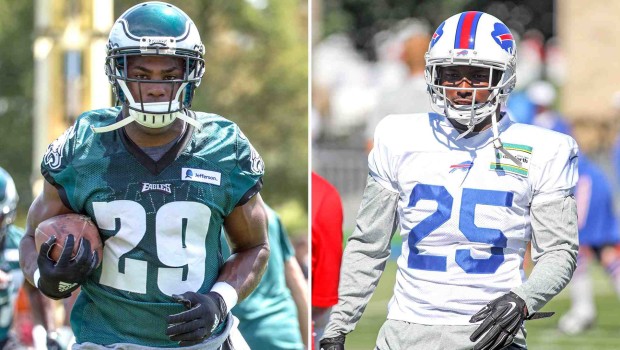 The last I checked, Shady McCoy was rehabbing a hammy and his availability for the Buffalo Bills’ opener next Sunday was in doubt.

So, the timing of a major thumb-sucker on the passive aggressive former Eagles running back of GQ magazine is perfect!

Who claimed, for all intents and purposes, that Birds boss Chip Kelly was a racist after Kelly traded McCoy and his thin skin to Buffalo!

Check out this excerpt:

The most shocking moment of the NFL offseason came in March, when Eagles coach Chip Kelly traded his star running back, LeSean McCoy—the ghost-level-elusive, opponent-clowning heir to Barry Sanders—to the Bills for no apparent reason. “That was crazy,” McCoy says, still a bit wounded-sounding. “I felt like I’d always be there.” Instead, McCoy finds himself in Buffalo. “I just gotta get used to it.”

It’s been easier getting used to his new coach, Rex Ryan, the players’-coach antidote to Kelly’s authoritarian regime. Unlike Chip, McCoy says, Rex “lets you be a man. He won’t say, ‘Be in bed at ten o’clock,’ or check your sleep. He’s just like: Be professionals.”

So now, while McCoy waits for revenge—Bills vs. Eagles, December 13!—his old team has already moved on, replacing him with ex-Cowboy DeMarco Murray. “I think Murray’s good,” McCoy says. “But I don’t see him as competition as far as the best backs. I like my game a lot.”