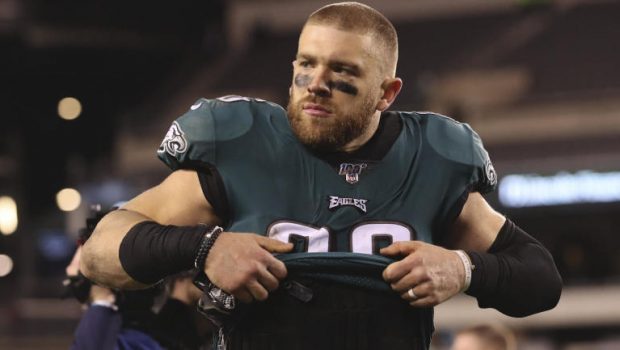 BIRD-BRAIN EAGLES RUMOR: TRADING ERTZ FOR A 6 BEST THEY CAN DO!

The trade compensation here is more about keeping Ertz off another team than it is a representation of his current market value, as the Eagles may have no choice but to cut him without a trade.

While Ertz was once a target machine in Philly, he’s now on the wrong side of 30 at tight end and missed a large portion of the 2020 season due to injury. Even when healthy, he didn’t look like the dynamic receiving tight end of past years, though the bumps and bruises certainly may have played a role.

We saw with tight end Rob Gronkowski that when the ability to separate in the receiving game starts to fade, strong blocking can make up for it.

But Ertz as your prototypical “U” or “move” tight end offers very little in that respect. All of that said, there is no reason to believe he can’t have a few more productive seasons, especially when he’s not operating as the No. 1 target like he was in Philadelphia.

With Stefon Diggs, John Brown and Gabriel Davis potentially working ahead of Ertz in terms of target share, he could provide a perfect safety blanket for Josh Allen while serving as a good mentor to 2019 third-round pick Dawson Knox.