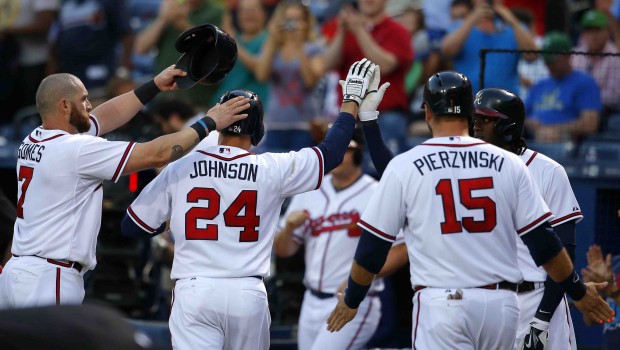 There are two ways to look at Chad Billingsley’s return to the major leagues after two years on the shelf following Tommy John surgery.

He gave up five earned runs in five innings and was unable to match Shelby Miller’s third career shutout in the Phillies’ 9-0 loss to the Atlanta Braves Tuesday night.

But his right arm, which served him so well in Los Angeles before he was signed last winter by the Phillies, seemed to be fine.

Billingsley, a 30-year-old right-hander, fought back from two major surgeries on his pitching arm to make his first start since April 15, 2013, for the Dodgers against San Diego. He said the result was “definitely not the way I envisioned it.”

“A couple of mistakes, and I paid for it,” he said. “Overall, not the results I wanted, but it was encouraging.”

Despite the loss, Billingsley cherished his long-awaited return.

“It felt good to be back out there again,” Billingsley said.

“It was very exciting. I just want to go back out there every fifth day and compete.”

“I think he pitched better than the results,” Sandberg said. “It’s also an outing he can build on.”

Billingsley gave up homers to Freddie Freeman and Kelly Johnson.

Miller (4-1) needed only 99 pitches as he allowed only three hits with one walk with eight strikeouts.

“We had some awkward swings, and not too many good looks at him,” Sandberg said.

Miller tossed a compliment to Billingsley (0-1).

“Obviously, he probably didn’t have the start he wanted, but just getting back to the major leagues from what he has been through is special,” Miller said. “You tip your hat to guys like that who battle for their career.”

Freeman hit a two-run homer in the first. Johnson, who drove in four runs, hit a three-run shot in the fourth. He added a sixth-inning single for his 1,000th career hit.

Miller struck out Ryan Howard to complete his first shutout since June 17, 2014, with the Cardinals at Toronto.

Johnson leads the Braves with six homers and has 14 RBIs in his last 10 games.

Left-hander Elvis Araujo, making his major league debut, pitched around two hits in a scoreless sixth for Philly. Dustin McGowan walked four batters in the seventh, including a bases-loaded walk to Johnson to force in a run. Jace Peterson and Cameron Maybin followed with run-scoring singles.

Sandberg said it was “a pretty good possibility” Utley’s break “from the mental side” will continue through Wednesday’s final game of the series. Sandberg said Utley has “hit the ball very hard, right on the nose,” but hasn’t had any luck.