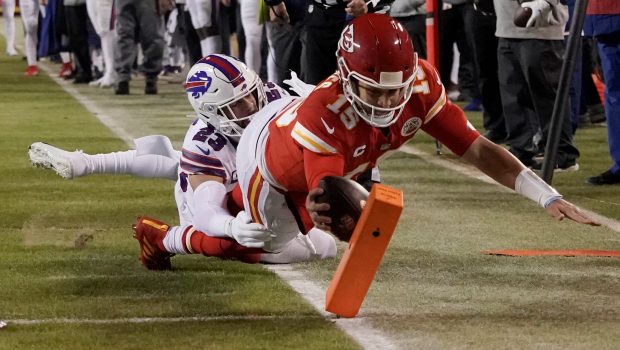 NFL PLAYOFF OT RULE TWEAK: EACH TEAM GETS BALL AT LEAST ONCE!

Overtime in the regular season will remain with the current rules where a game can end with one team never touching the ball if the team that wins the coin toss scores a touchdown on their opening possession.

The overtime rule came under scrutiny because of the advantage it gives teams that win the overtime coin toss, especially in the playoffs.

The Kansas City Chiefs eliminated the Buffalo Bills from the divisional playoff round last season by scoring a touchdown on the opening possession of overtime mand the Bills never had a chance to score.