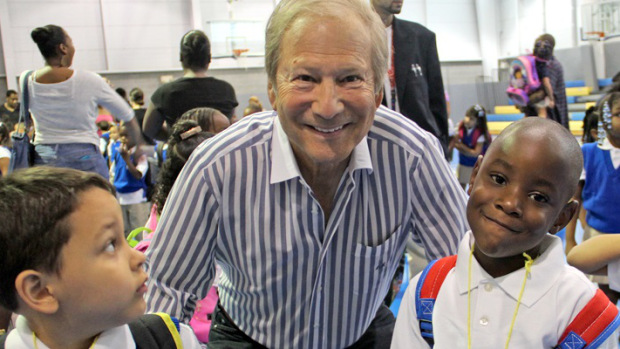 A BIG-TIME HONOR TONIGHT FOR THE LATE, GREAT LEWIS KATZ

But the late philanthropist and proudest-of-the-proud Temple alum will be honored tonight for his good works with a lifetime humanitarian award by the Philadelphia Sports Writers Association.

Katz was a Philly sports fan who also owned the Inquirer, Daily News, New Jersey Devils and New Jersey Nets. The Camden native established a number of programs to support children in Camden, including building schools and the Boys and Girls Clubs in the city (photo above).

He also donated $15 million to the Dickinson School of Law at Penn State and donated $25 million to Temple’s School of Medicine, the largest single pledge in Temple’s history.

Members of the Katz family are expected to accept the award in his honor at at the Crowne Plaza in Cherry Hill. Katz died in a plane crash on May 31 in Massachusetts.

One thought on “A BIG-TIME HONOR TONIGHT FOR THE LATE, GREAT LEWIS KATZ”