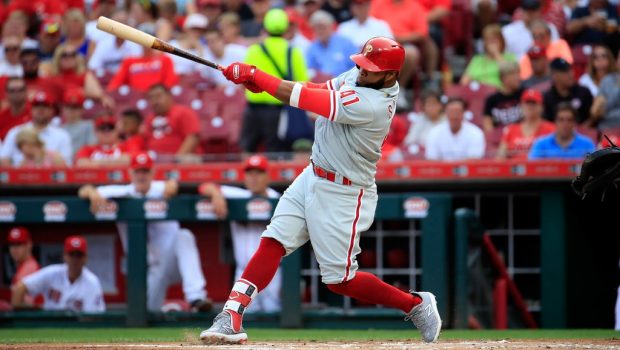 BIG SERIES FOR PHILLIES — EVEN BIGGER FOR NATIONALS!

Tonight the Phils are in DC to open a three-game series against the Nationals.

Washington enters the series trailing the NL East-leading Braves by 7½ games; the Phillies are a game behind Atlanta.

But these head-to-head matchups are more important with each passing game, especially with the Braves and Phillies not playing their best right now.

The Braves were just swept by the Colorado Rockies in a four-game series in Atlanta.

The Nationals did not capitalize on those losses, instead stumbling to their own. They now have a shot to redeem themselves in front of a home crowd that grew restless as Sunday’s blowout wore on.

The Phillies also are one of six teams ahead of Washington in the NL wild-card race, a chase in which the Nationals have yet to assert themselves.

The Nationals head into the Phillies series seven games behind Milwaukee, the wild-card leader; Colorado and the Phils are a half-game behind the Brewers, and St. Louis was a game back.