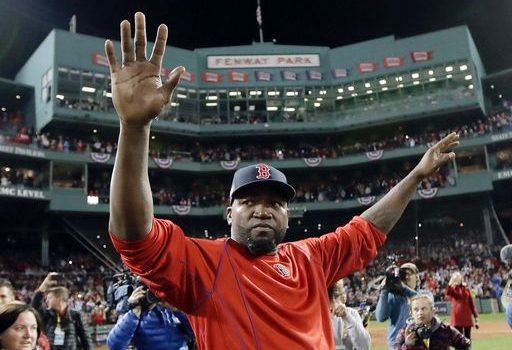 As former Red Sox slugger David Ortiz is recovering from his second surgery and taking his first steps in a Boston hospital after he was shot Sunday night in the Dominican Republic, details are emerging about the motive.

According to reports in Dominican newspaper Diario Libre and outlets, Ortiz was targeted by the gunman who shot him in the back for dating a woman with ties to a local drug dealer.

The paper says attorney general Jean Alain Rodríguez has concluded the shooting was not a robbery attempt as first reported or a random act of street violence. The publication also claims Ortiz’s friends “had already warned him of the danger he was running.” Despite the warnings, “Ortiz continued to frequent the company of the woman.”

The police have a suspect in custody, 25-year-old Eddy Vladimir Feliz García, who they believe drove the motorcycle the gunman rode to the club on. Police are still searching for that second suspect.

Ortiz’s rep, Leo Lopez, said the drive-by on Big Papi was clearly “an act of hired killers,’’ with The New York Post claiming the shooter may have been a crooked police officer. Dominican police have refuted that report.

No matter the reason behind what happened to Ortiz, the shooting has people shaken. Among them, count Ortiz’s former Red Sox teammate and Dominican countryman Pedro Martinez. Now a TBS analyst, Martinez got choked up while discussing what happened to his friend.

As for Ortiz himself, he had a second surgery in Boston on yesterday after the Red Sox sent a plane to bring him stateside.

“David arrived at Massachusetts General Hospital last night and underwent a successful second surgery,” Ortiz’s wife, Tiffany Ortiz, said in a statement. “He is stable, awake, and resting comfortably this morning in the ICU where he is expected to remain for the next several days.”