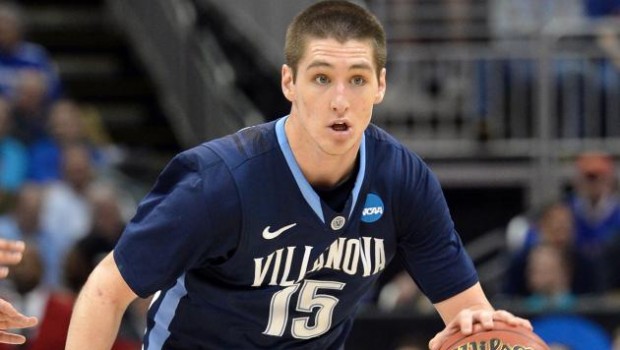 Ryan Arcidiacono is the floor leader of the Cats.

What a difference a year has made in the Big East, which the Inquirer’s Bob Ford once called “The Ivy League With Rosaries.”

The new Big East wasn’t that great last season. In fact, the Atlantic-10, the league the Big East stole two teams from, was markedly better, with six NCAA bids.

The opposite is true this season.

The Big East has some big victories. Villanova is the most impressive, completely dismantling the top team in the A-10, Virginia Commonwealth, 77-53, and then beating Michigan to win a tournament in Brooklyn.

Butler was impressive in finishing third in the Bahamas tournament, including a first-round upset of North Carolina.

Even the teams that are projected near the bottom of standings have done well. DePaul is 3-1 after beating Stanford, 87-72, and Seton Hall won the Paradise Jam and then beat George Washington, a team projected near the top of the Atlantic 10.

There was little hype about the Big East at the start of this season. No. 1 Kentucky, with its platoons of McDonald’s All-Americans, resides in the Southeastern Conference. The Atlantic Coast Conference, with Duke, North Carolina, Virginia and Louisville, had four teams in the top 10 of the preseason Associated Press poll. Only Villanova, at No. 12, made the preseason AP top 25 from the Big East.

Now, it’s impossible to ignore what the non-football conference is doing: Its 10 teams are a combined 41-5 to start the season, the best in the nation.

And it’s not as if they have been snacking solely on cupcake opponents, either. Villanova beat two ranked foes in VCU and Michigan this week. Creighton, 5-0 in what was supposed to be a rebuilding season after the departure of national player of the year Doug McDermott, took down a ranked Oklahoma team. Georgetown upset No. 18 Florida. St. John’s beat Big Ten opponent Minnesota. Providence beat two ACC opponents in Notre Dame and Florida State.

Then there is Butler, which handed No. 5 North Carolina its first loss of the season on Wednesday. The Bulldogs, who went on to lose to Oklahoma on Thursday, have mastered the early upset in recent years: Two years ago, they beat No. 9 North Carolina and No. 1 Indiana. Before advancing to the NCAA tournament final in the 2009-10 season, they beat eventual No. 2-seed Ohio State in non-conference action.

The new Big East is in its second season since seven of its members split from the old football/basketball Big East, which became the American Athletic Conference. Its first season didn’t end well: None of its four NCAA tournament teams got past the round of 32. This season, though, looks more promising.