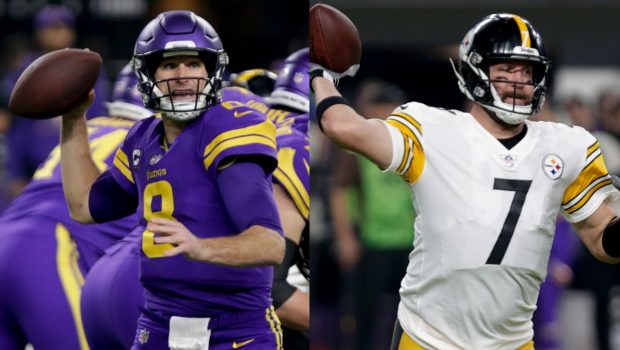 BIG BEN GOT GOING TOO LATE FOR STEELERS VS. VIKES!

Ben Roethlisberger completed 28-of-40 passes for 308 yards, three touchdowns, and one interception in Pittsburgh’s 38-26 Week 14 loss to Minnesota.

This was a drastic turnaround from a ghastly half.

Roethlisberger was sacked four times and completed just four passes in the final 17 minutes of the first half.

Roethlisberger was very irritated on the sidelines, even letting Mike Tomlin hear some of it as the half ended.

The Steelers finally got going as Roethlisberger went deep to the sidelines against Minnesota’s corners, resulting in a couple of simultaneous catch rulings by officials.

Roethlisberger had the ball at the Vikings 12 and a chance to move Pittsburgh within two with three seconds left in the game, but Pat Freiermuth couldn’t hold on to a tightly-contested catch over the middle.