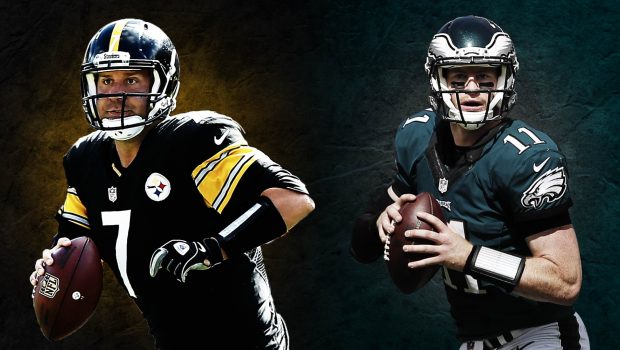 His Pittsburgh Steelers were originally supposed to have a week 8 bye, but the NFL rescheduled the Titans game for week 7 instead.

Pittsburgh now plays the Ravens in week eight, as Baltimore comes off a bye.

Plus Pitt had to take their bye early in the season, last week.

Big Ben was annoyed with that, from the Pittsburgh Post-Gazette:

That didn’t sit well with Steelers quarterback Ben Roethlisberger, who does not believe the league will consider a retroactive forfeit win against the Titans if they must forfeit their game Sunday against the Bills.

“Of course, we got the short end of the stick,” said Roethlisberger, who said he was just starting to get back into a rhythm before the league decided to postpone the Titans game.

How does Roethlisberger make sure the league’s decision doesn’t adversely affect his play?

“The league already tried to slow it down, so I guess I’ll start over from scratch and hope this week I didn’t take too many steps backward,” he said. “I guess we’ll just see how it goes this week.”

The Eagles now have to play a rested Pittsburgh team this Sunday.