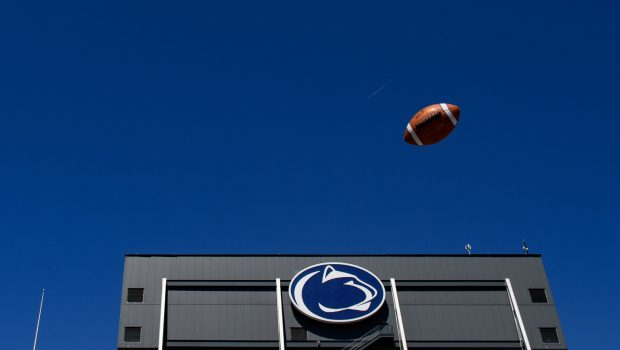 BIG 10 FOOTBALL IS REPORTEDLY BACK FOR OCTOBER 24 START!

ABC News is reporting that the Big Ten will announce this morning that football will return next month.

And that means Penn State’s Happy Valley will be happy again!

The Big Ten Council of Presidents and Chancellors (COP/C) adopted significant medical protocols and has voted unanimously to resume the football season starting the weekend of October 23-24, 2020: https://t.co/b5yHShGb1D

Earlier this week, the Associated Press reported the Big Ten presidents were presented a comprehensive plan to conduct a fall football season, but a final decision was still to come.

The AP is reporting that the full Council of Presidents and Chancellors heard from all the subcommittees of the conference’s Return to Competition Task Force over two and half hours.

If the Big Ten can start by late October, an eight-game season and conference championship game in mid-December is still possible. That schedule could set up Big Ten teams to be part of the College Football Playoff.

Back on August 11, the Big Ten announced the postponement of fall sports because of concerns about COVID-19.

In that statement, the Big Ten said it would continue to evaluate a number of options regarding these sports, including the possibility of competition in the spring. ABC News has only confirmed football’s return.

An hour after the Big Ten’s postponement announcement, the Pac-12, the Big Ten’s Rose Bowl partner, called a news conference to say that all sports in its conference would be paused until Jan. 1, including basketball.

Before postponing its season, the Big Ten’s had released a revised conference-only football schedule that it hoped would help it navigate a fall season with potential COVID-19 disruptions.

The Big Ten touts itself as the oldest college athletic conference in the country, dating back to 1896 when it was called the Western Conference, and its schools have been playing football ever since. It became the Big Ten in 1918 and grew into a football powerhouse.

The 14 Big Ten schools span from Maryland and Rutgers on the East Coast to Iowa and Nebraska out west. Not only has it been one of the most successful conferences on the field, but off the field it has become one of the wealthiest.

The Big Ten, with its lucrative television network, distributes about $50 million per year to its members.

One thought on “BIG 10 FOOTBALL IS REPORTEDLY BACK FOR OCTOBER 24 START!”