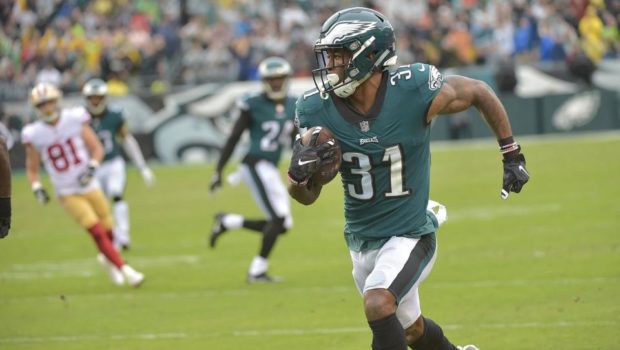 The NFL season is at the mid-point, and here’s where the Eagles and rest of the NFC East project, according to Pro Football Focus:

Strength of Schedule to date: 31st

The Eagles have been arguably the league’s best team over the first half of the season, and the analytics projects them to be right there at the end of the year too. The big question mark is that they have had one of the easiest schedules in the league to date, and that is going to get marginally harder over the second half of the season, but they have bolstered their weaponry with the addition of former Dolphins RB Jay Ajayi.

Strength of Schedule to date: 30th

The Cowboys have had some impressive play, but they have just managed to stay above .500 thanks to their last week’s win over Washington. With a schedule that’s going to get tougher down the stretch, things are going to be harder over the final half of the season, and Ezekiel Elliott’s suspension is the great unknown in this projection.

Strength of Schedule to date: 23rd

Washington has been struggling through the season and has a losing record thanks to dropping a game against the Cowboys this past week. They have had a relatively easy schedule, which gets marginally tougher down the stretch, but is still among the easier half of the league’s, so this is a team that needs to pull out some wins.

Strength of Schedule to date: 16th

The Giants have just one win through the first seven games of the season, but the analytics actually likes a lot of their play, from their powerful secondary to the improved play of QB Eli Manning. With one of the easiest schedules in the league over the final eight games, the projection is for the Giants to go on something of a run of wins.