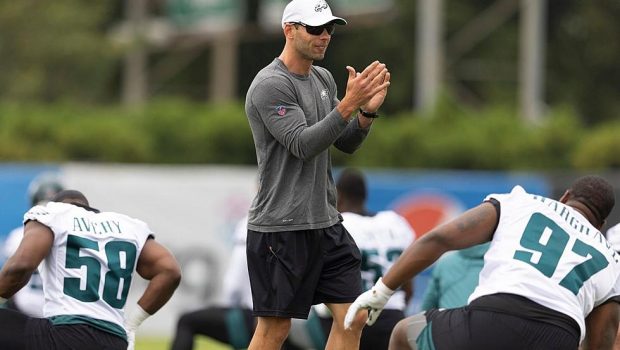 Nick Sirianni isn’t the only Eagles coach to go from the outhouse to the penthouse in terms of fans perception.

Turning a 4-11-1 team into a Wild Card team in one season will do that.

His turnaround of the Eagles defense has landed him on the Broncos’ list of head coaching candidates.

Gannon confirmed that the Broncos have requested an interview with him for the vacancy created by Vic Fangio’s firing over the weekend. He also said that his “sole focus is on Tampa Bay” this week.

It’s the first interest any team has shown in Gannon this hiring cycle.

Broncos General Manager George Paton worked for the Vikings before coming to Denver ahead of the 2021 season and he worked with Gannon while in Minnesota. Gannon was an assistant defensive backs coach with the team for four years before moving on to the Colts in 2018.

The Eagles defense had a rocky start to the season, but looked much better as the team made a run to the postseason over the second half of the year.