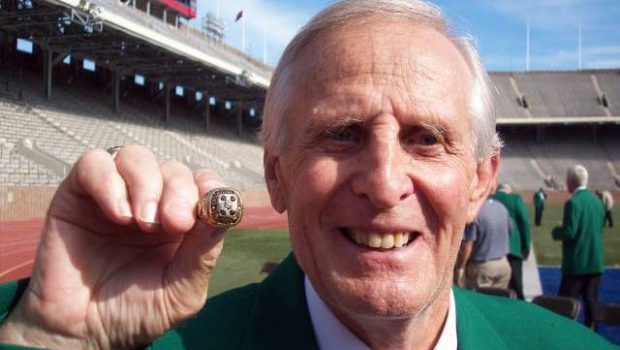 An iconic team that has had a reputation for high athletic standards and intense training are the Philadelphia Eagles.

This franchise was first formed in 1933, and replaced the Frankford Yellow Jackets who had gone bankrupt. Ever since, there have been a range of players who helped lead the franchise to success.

Here are some of the best players who played a role in the history of the Philadelphia Eagles. To find out more, check out the latest NFL betting lines.

First, Reggie White has been named one of the greatest players within the NFL, as well as in the Philadelphia Eagles. This defensive end was one of the most powerful players in the Eagles, and was selected during the 1985 draft.

With a record of 198 sacks by the time he retired from football, White maintained one of the greatest and most consistent defenses throughout his career. It really isn’t difficult to understand where his nickname of the “Minister of Defense” came from. Not only was White an ordained minister, but his defense was unmatched.

White proved himself as a valuable player within the Eagles’ defense, and was named the NFL Defensive Player of the Year three times in total. These were during 1987, 1991, and 1998, and many consider White to be the “Greatest Eagle of All Time”.

Something that Bednarik stood out for following his 1949 draft was his versatility. This player was able to effortlessly transition from outstanding defensive tactics to playing as a center offensive player. His commitment to football was unmatched, and Bednarik stood out as a high achieving, loyal member of the Eagles for fourteen years.

Another player who has been named the best Eagles player of all time within the NFL is Steve Van Buren, who was drafted in 1944. The running back led the league in rushing yards many times during his career, and stood out for his versatility on the field.

Even though Van Buren may not have as many statistics to support his career, the running back is widely known for helping shape the Eagles into the franchise that they are today.

Not only that, but Van Buren saw a huge amount of success during the time of his career as a professional football player. Van Buren was the franchise’s first player to be inducted into the Pro Football Hall of Fame in 1956.

Even though he was drafted in the third round by the Eagles in 1957, many NFL fans and players have referred to Tommy McDonald as the best wide receiver of his time. During his time with the Eagles, McDonald earned five Pro Bowl selections.

Not only that, but he received four All-Pro honors while he was a member of the Eagles. By the time of his retirement, McDonald totaled 84 touchdowns, and 495 passes for 8,410 yards.

It isn’t hard to understand why McDonald left such a significant impact on the NFL and on the Eagles franchise in general. He was also indicted into the Pro Football Hall of Fame Team of the 1960s.

Finally, Brian Dawkins is a beloved player for many Eagles fans. He had an unparalleled passion for the game which is rare for many athletes nowadays. Not only that, but Dawkins stood out as a well-rounded player capable of achieving sacks as well as interceptions. This made him a valuable member of the Eagles, and a member of the 20/20 club.

Being able to completely alter the pace of any game during his prime, Dawkins was known as the greatest contributor to the Eagles’ defense to date. He was drafted in the second round during 1996, but many regarded him as a man amongst boys for his maturity which contrasted with his fiery attitude on the field.

Dawkins retired with an incredible 1,131 tackles under his belt, as well as nine Pro Bowl selections. Not to mention his 32 forced fumbles which are the most in the history of the Eagles franchise. Dawkins was nicknamed “Weapon X”, and he truly was a secret weapon for the Eagles during his time with the franchise.

The NFL has seen a considerable amount of highly impressive individuals before the AFL and NFC joined. The Eagles have certainly had their share of impressive athletes who have an unmatched sporting ability and who have retired with respectable records.

Not only that, but the Eagles have honored many of these iconic players throughout history. This includes retiring a players’ number after a highly respectable performance, and honoring them in the Pro Football Hall of Fame.