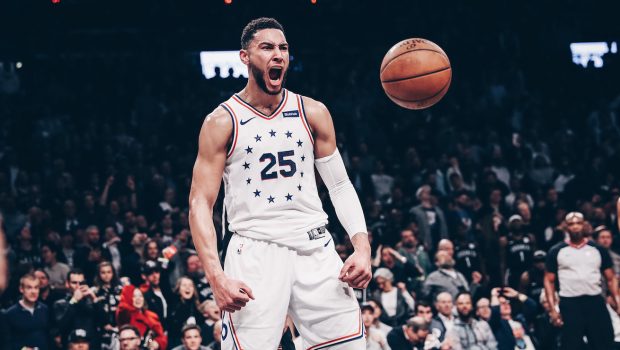 While everyone in Sixers Nation is dying to see Benny Simmons shoot jumpers and 3-balls, Tobias Harris has noticed another change to his game:

“Ben is really locked in defensively and locked in offensively, seeing everybody’s spots,” Harris told the Inky. “So he’s locked in, working really hard, getting himself right for us.”

Coach Brett Brown noted that his improvement might just be the familiarity and continuity he’s had with the system for the past two seasons:

“The familiarity, I think, with me, his teammates, and the system expedites a level of confidence borne out of [that] he knows what to do,” said Brown.

Simmons has been a gym rat this summer, working relentlessly on his jump shot and focusing more on it than any other aspect of his game. At 6-10 and 250 pounds, the point-forward has all the necessary tools to be a good defender, but being a vocal one can be the start of it all.

Keeping himself and other teammates accountable is a great starting point for his improvement at the defensive side of the ball, something that can spark his signature transition game, where he’s had no problems punishing opponents in the past.