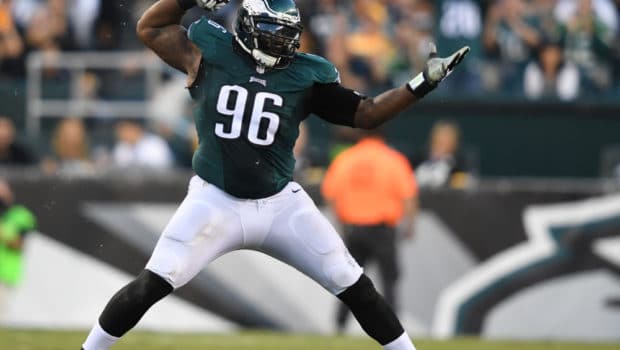 BENNIE LOGAN RIDDLE: CAN EAGLES AFFORD HIM OR LET HIM WALK?

So, should the Eagles make sure they keep Bennie Logan?

He is a disruptive force on the defensive line. Logan clogs up running lanes and gives other linemen the opportunity to make some big plays. For example, without Logan, Fletcher Cox registered zero sacks. However, when Logan was present on the field, Cox managed to get 6.5 sacks.

Logan is one of the game’s best run stuffers. When the Eagles had Logan in their lineup, the defense allowed just 91 yards per game rushing. That number would put the team among the top echelon of run stoppers. However without him, the defense suffered as it allowed around 140 yards per game on the ground.

Cox already carries such a massive contract, so will Logan’s contract be too much money for one positional group? Cox has an annual salary of $17 million, but next season his cap hit is just $9.4 million

Logan’s is a tremendous football player. For him to come back to the Eagles, he has to take a contract with an annual cap hit around $5-$6 million a year. Any more than that is too much for the Eagles.

The Eagles will love to have Logan back. On and off the field he is a great player to have on your roster. Here is to hoping the Eagles and Logan can work out a deal.