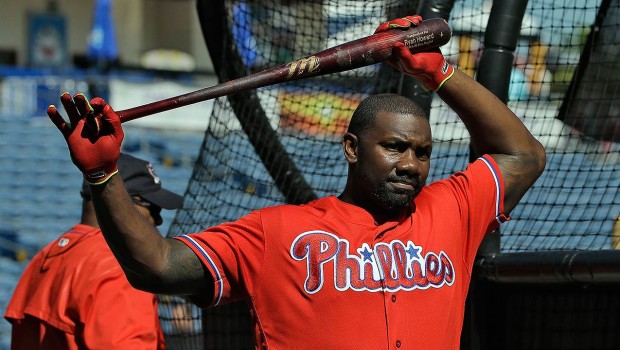 Phillies’ first baseman Ryan Howard will be back in the line-up tomorrow against the Cubs.

Tommy Joseph is 5-for-16 with a home run since Pete Mackanin said he was going to sit Howard for “three or four days.”

On the fourth day, Mackanin continued to praise Joseph but said Howard will be re-inserted into the lineup for the Cubs series that begins on Monday.

Joseph has started each of the last four games, as Mackanin said would be the case. After going 0-for-4 the first night, he’s recorded hits in his last three games, including a home run in yesterday’s 6-3 loss to the Brewers. Since being called up, Joseph is 15-for-53 (.283) with four home runs.

“He looks like he belongs here,” Mackanin said of Joseph.

But the 5-for-16 run over the last four games wasn’t enough to earn Joseph the role permanently. He will start again today, before giving way to Howard. His run could extend one more game, though, as lefty Jon Lester is slated to start Monday for the Cubs.