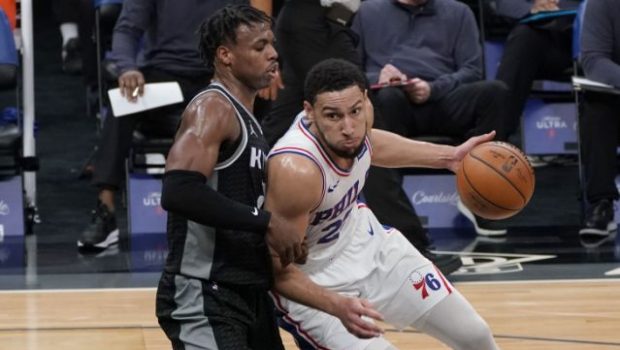 The Sixers season may be two months away, but the Ben Simmons trade rumor machine just keeps on cranking two months to the day after their game 7 meltdown to the Hawks.

In a new trade suggestion from Bleacher Report, they have the Sixers moving Simmons to the Sacramento Kings in a deal that involves the Toronto Raptors as a third team.

B/R on the deal for the Sixers:

Hield is on a short list of the game’s greatest quantity-plus-quality shooters, and he’s been a 19-point scorer since the start of 2018-19. Dragic would scratch an itch for perimeter shot-creation having just completed a campaign in which he averaged 18.1 points, 5.9 assists and 2.5 threes per 36 minutes. The four draft picks would give Daryl Morey ammunition to chase an impact piece in a separate swap.