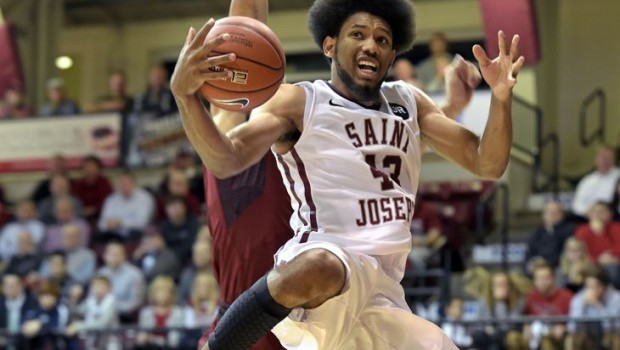 St. Joseph’s showed last night why the Atlantic-10 is one of the toughest conferences in the country.

DeAndre Bembry scored 25 points with seven assists and grabbed eight rebounds to lead the Hawks to a 62-56 win over UMass on Wednesday night at Hagan Arena.

Saint Joseph’s led by a slim margin through most of the first half, which ended in a 27-27 tie.

Bembry carried his team through the first 10 minutes of the second half, scoring 15 of the Hawks’ 17 points into a 44-40 lead with 9:53 left. The Minutemen (10-9, 3-3) trailed throughout the rest of the period, pulling to within five, 61-56, on a 3-pointer by Trey Davis before Bembry sealed with win with a pair of free throws in the final seconds.