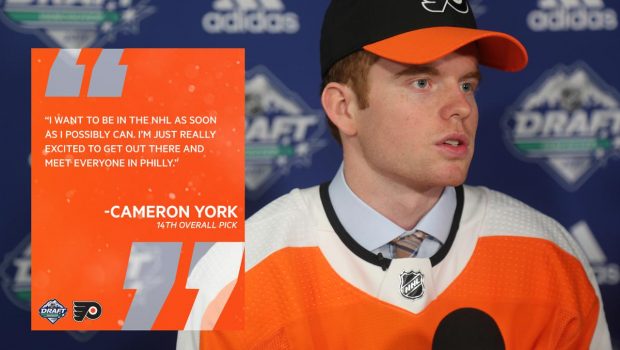 BEFORE HE PLAYS FOR FLYERS, YORK’S GOING TO COLLEGE!

* In his first season with the U.S. National Team Development Program (USNTDP), he led all defensemen by averaging over a point per-game with 65 points (14g-51a) in 63 games.

* Led all defensemen in the 2019 Under-18 World Junior Championships with 11 points (4g-7a) in seven games… Led ALL players in the tournament with a +13 rating in seven games… Helped Team USA win bronze medal.

* Is committed to the University of Michigan for the upcoming 2019-20 season.