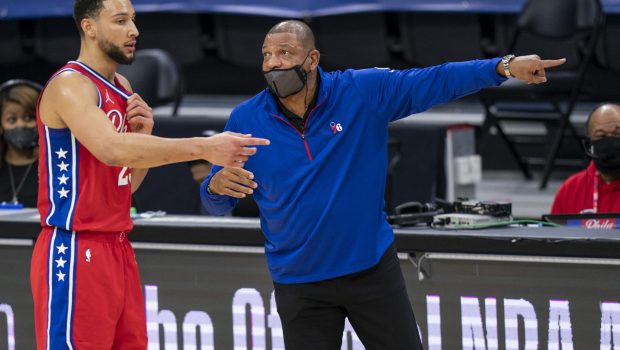 If you listen to Mike Missanelli on the Fanatic or watch him on NBCSP, you’re well aware that he is obsessed with the Sixers Ben Simmons.

He doesn’t think he shoots enough (or at all) and that it will hurt the Sixers in the playoffs, which tend to be a half-court battle.

It’s fair to say that Miss has driven away lots of listeners with his Jim Garrison-like rants.

Garrison was the New Orleans DA, and his crackpot theory on the JFK assassination was made into the cartoonish movie “JFK.”

Yesterday, Sixers coach Doc Rivers came on around 4 pm and Miss couldn’t wait to try to get Doc to admit that the Sixers would be better if Benny shot 8-footers.

This is worth watching: 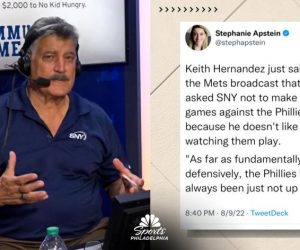 KEITH HERNANDEZ GIVES PHILS ANOTHER REASON TO SWEEP THE METS!