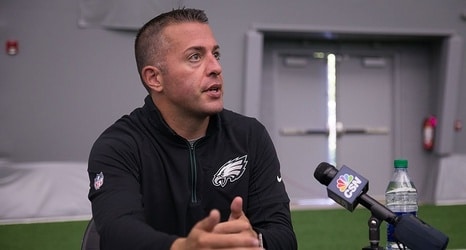 DeFilippo will continue to serve as Chicago’s quarterbacks coach.

The promotion fills the role vacated by Dave Ragone, who left the organization to become Atlanta’s offensive coordinator under Arthur Smith. Rqgone was previously the Bears’ quarterbacks coach from 2016-2019.

But as Chicago’s quarterbacks coach and passing game coordinator, DeFilippo could soon be working with Carson Wentz once again. DeFilippo was the Eagles’ QBs coach for Wentz’s first two years in the league, from 2016-2017.

Chicago and Indianapolis are thought to be the two teams with the most interest in acquiring Wentz.