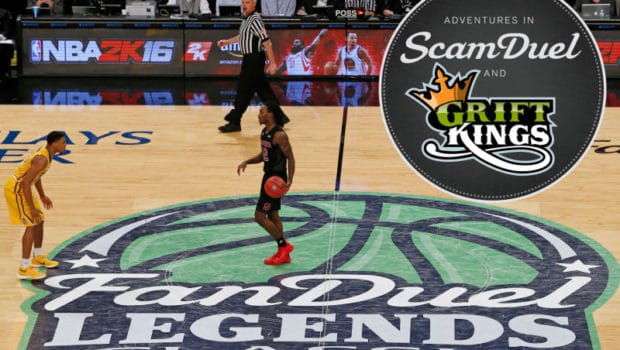 Some clarity is on the horizon for daily fantasy sites.

DraftKings Inc. and FanDuel Inc., the two biggest daily fantasy sports companies, are in talks about a merger, Bloomberg is reporting.

Investors in DraftKings and FanDuel have been pushing for a consolidation for some time. The companies offer nearly identical products and spend a lot of money competing with each other; they also face the same legal challenges that threaten their business across the U.S.

No final transaction has been agreed, and the deal may still fall apart, the people said.

Roughly a year ago, the two companies were raising money from investors in sports, media and venture capital at valuations of more than $1 billion each.

They have since been fighting regulators in several states who say their games amount to illegal gambling, and those valuations have dropped by about 50 percent, according to a separate person familiar with the matter.

DraftKings and FanDuel agreed to bar New York residents from entering paid daily fantasy sports contests in March, after Attorney General Eric Schneiderman mounted a high profile campaign against the businesses. The companies argue that their games are legal because they require skill, not just luck, and they have supported an expensive national lobbying effort to that effect.

The New York state legislature is expected to announce new regulations for the games soon, which would allow the companies to take entries from New Yorkers again. Schneiderman could still proceed with false-advertising claims and investigations of other potential consumer-protection violations, according to the agreement.

New York was the ninth state where DraftKings agreed not to accept paid entries. FanDuel has ended paid games in 10 states. The two companies took separate routes in Texas. 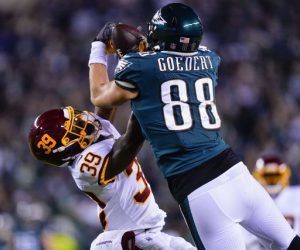 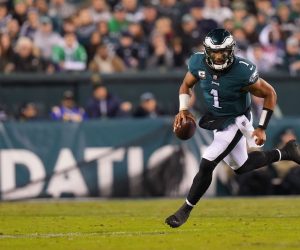 EAGLES DEVONTA SMITH HAS SOMETHING TO PROVE AGAINST JETS!