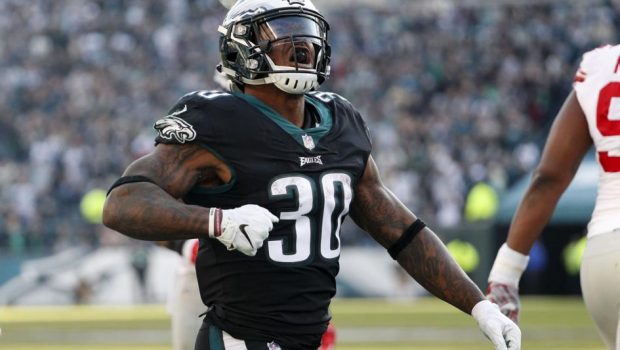 The Eagles have had their share of injuries, and some would say more than their fair share.

Wide receiver Alshon Jeffery is recovering from a Lisfranc injury and is not eligible to return until Week 7.

Wide receiver Jalen Reagor tore the UCL in his thumb during the game in Week 2. This is the same injury that caused Drew Brees to miss five games last year. Reagor has been put on IR and will miss at least three weeks. I would expect Reagor to miss three to five weeks in total.

Running back Corey Clement (above) missed yesterday’s practice due to an illness. He will need to be monitored as the week progresses.