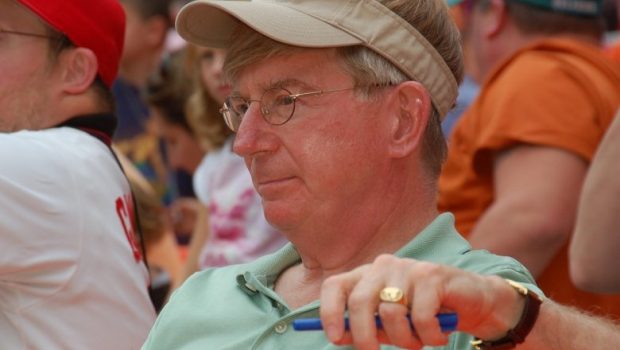 MLB HAS TO CHANGE ITS RULES, SUPER-FAN GEORGE F. WILL ADMITS!

Last night’s All-Star Game was a fun event, but it didn’t paper over the problems that have beset what once was America’s Pastime.

The games are too slow and too long.

The average age of baseball fans is 57 while the NBA’s is 42.

There are too many strikeouts, not enough home runs.

You know the drill.

So does George F. Will, perhaps the biggest fan the game has ever known.

Five seasons ago, there were 3,294 more hits than strikeouts.

Writer Jayson Stark notes that until 2018 there had never been a month with more strikeouts than hits.

Twenty-four percent of plate appearances end in strikeouts (they are increasing for the 16th consecutive season, partly because today’s average fastball’s velocity is 93.8 mph, 2.7 mph more than 14 years ago. As of mid-June, the .238 collective major league batting average was 15 points below 2019. In 2015, teams shifted infielders on 9.6 percent of all pitches. This season, teams are shifting on 32 percent (usually an infielder in shallow right field), which will erase perhaps 600 hits.

With pitchers dawdling to recover between high-exertion, high-velocity pitches and with 36 percent of at-bats ending with home runs, strikeouts or walks, around four minutes pass, on average, between balls put in play. Players spend much more time with leather on their hands than with wood in their hands, but have fewer and fewer opportunities to display their athleticism as fielders. Home runs predominate because scoring by hitting a ball far over defensive shifts is more likely than hitting three singles, through shifts, off someone throwing 98 mph fastballs and 90 mph secondary pitches. This means fewer baserunners. In 2021, there probably will be 1,000 fewer stolen bases than 10 years ago.

Writer Tom Verducci notes that in the last 26 minutes of 2020’s most-watched game, the final World Series game, just two balls were put in play. In this game, the ball was put in play every 6.5 minutes, and half the outs were strikeouts.

Last season, MLB made an action-creating change — a runner is placed on second base to begin each extra half-inning. And MLB is experimenting with other changes in various minor leagues.

Baseball fans, a temperamentally conservative tribe, viscerally oppose de jure changes to their game. They must, however, acknowledge the damage done to it by this century’s cumulatively momentous de facto changes in the way it is played. What Edmund Burke said of states is pertinent: “A state without the means of some change is without the means of its conservation.”
Click Here To Comment
0 admin July 14, 2021 Phillies