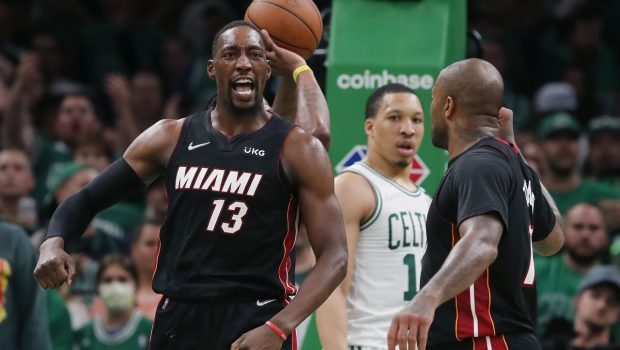 Bam Adebayo took advantage of Celts Robert Williams absence and exploded in a 109-103 Game 3 win over the Celtics, posting 31 points (15-of-22 FGs), 10 rebounds, six assists, four steals, one block and just one turnover in 42 minutes.

After averaging just eight points on five shot attempts through the first two games of this series, Bam reached both of those numbers within the first five minutes of the game.

At shootaround, Heat coach Erik Spoelstra wanted Bam to be more aggressive, saying “[w]e want him more involved, and I have to do a better job of that, of making sure that he’s involved, engaged, getting us to our triggers … He’s a very important part of our offense and how we function.”

We’ll see if he keeps it up for Game 4 on Monday.