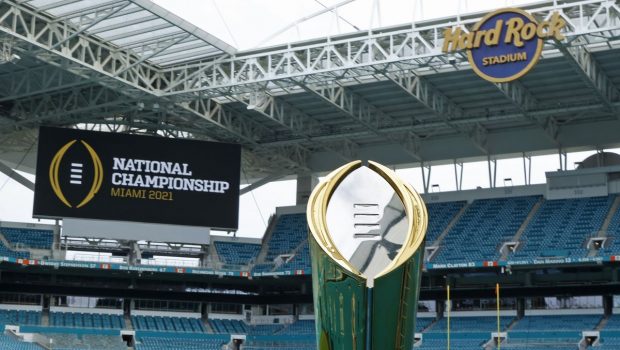 The Final Four college football championship teams were announced yesterday and Texas A & M is pissed!

The winners play for the national championship on Jan. 11 in Miami’s Hard Rock Stadium.

Notre Dame earned a playoff berth despite having been dominated in the ACC championship by Clemson on Saturday, losing by 24 points. CFP chairman Gary Barta explained the decision to include the Irish over No. 5 Texas A&M, saying it was “based on the complete analysis of the résumé” and the Irish having an additional win over a ranked team.

Ohio State, meanwhile, was selected having played only six games, five fewer than its fellow semifinalists. Three of the Buckeyes’ games were canceled because of COVID-19 cases.

Fisher said he still feels that way but is ready to move on to the team’s Orange Bowl preparation.

“I still believe [we’re a top-four team],” Fisher said Sunday. “But that’s my opinion on it and I’m very biased, and other people have other opinions, and that’s what makes the world go ’round.”