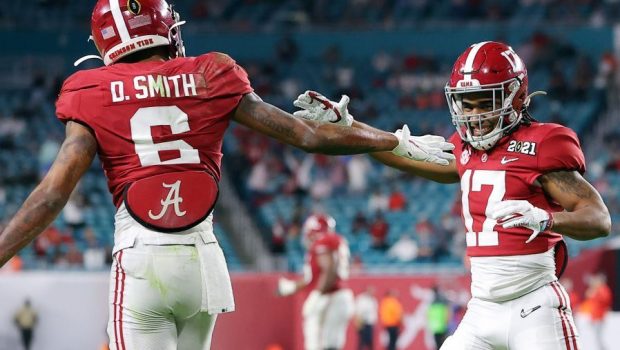 Of the 20 schools that have sent at least seven players to the first round since 2008, Alabama ranks seventh in AV per first-round pick per year in the league. The Crimson Tide’s production ranks ahead of fellow blue blood programs like Florida, Georgia, Michigan, Ohio State and USC but behind SEC West rival LSU, according to FiveThirtyEight.com.

Schools with at least seven total selections in the NFL draft’s first round since 2008, by Approximate Value (AV) per draftee per years in the league: