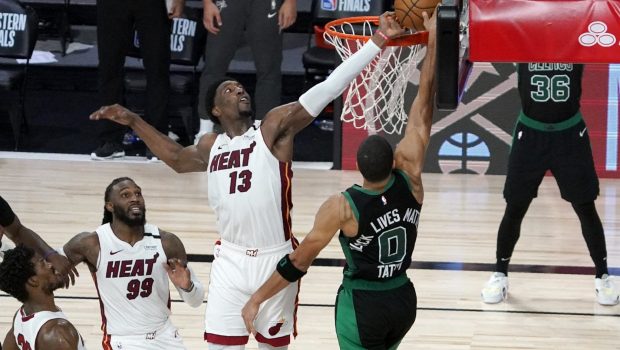 Jimmy Butler’s layup plus the foul with 12 seconds left in overtime gave Miami a 116-114 lead, and Bam Adebayo blocked Celtics star Jayson Tatum’s game-tying layup attempt at the other end to save the 117-114 win in game 1of the Eastern finals..

Forced to foul, Boston sent Adebayo to the line, where the All-Star center sank one of two free throws.

The Celtics had one more shot to even the score when Marcus Smart’s inbounds pass found Tatum at the three-point line, but Tatum’s off-balance turnaround rimmed out, sealing Boston’s frustrating fate.