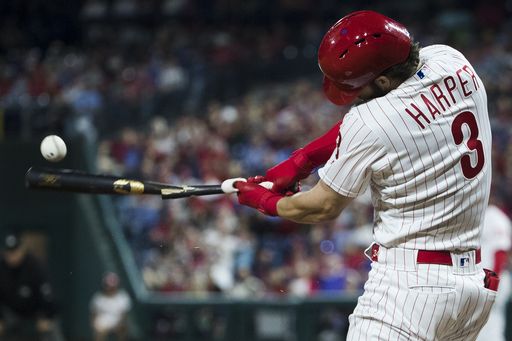 Major League Baseball Commissioner Rob Manfred has blamed naturally occurring variances in the manufacturing process of the baseball — and not a coordinated effort by the league to “juice” the balls to stimulate offense — for the altered aerodynamic properties that appear to be causing an acute spike in home runs this season, and he vowed full transparency as the league moves to correct the problem.

“We’ve gone back to the scientists and said: ‘We need to figure out why [this is happening]. And not only do we need to figure out why, but we also need to figure a process that lets us manage in advance how the ball’s going to perform,’ ” Manfred said yesterday in Cleveland. “We’re working on that. We’re trying as fast as we can. … If we make a decision to change the baseball, you’re going to hear about it.”

Manfred declined to address the specific charges Houston Astros ace Justin Verlander — the American League’s starting pitcher in last night’s All-Star Game — made Monday, when he told ESPN: “We all know what happened. Manfred [said], ‘We want more offense.’ All of a sudden, the balls are juiced? It’s not coincidence. We’re not idiots.”

But Manfred said he has sought and welcomed input from pitchers on the issue and has made it a priority to “get better control over that variation, tighten those specifications and get more comfortable with how the ball is going to perform year to year.”

MLB “has done nothing, given no direction for an alteration in the baseball,” he said. “ … The biggest flaw in that logic is that baseball somehow wants more home runs. If you sat in an owners’ meeting and listened to people talk about the way our game is being played, that is not the sentiment among the owners for whom I work. There is no desire on the part of ownership to increase the number of home runs in the game. On the contrary, they’re concerned about how many we have.”

In separate, hour-long question-and-answer sessions with members of the Baseball Writers’ Association of America, Manfred and players union chief Tony Clark discussed a wide range of issues, from the current labor atmosphere to the game’s economic health to the rollout of new and future rule changes.

But with the league on pace to shatter the 2017 record of 6,105 home runs — the current pace in 2019 of 1.37 per team game would produce 6,668 — the subject of the composition and performance of the baseball figured prominently in both sessions. Independent studies have confirmed a reduction in the ball’s drag coefficient this season — which permits more carry — and one study, published by the Athletic, pinpointed “demonstrably lower” seams as one likely culprit.