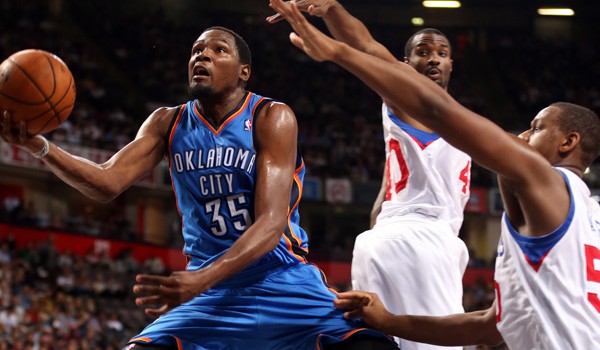 It’s two days after Kevin Durant rocked the NBA by announcing he was taking his world-class talents from Oklahoma City to Golden State.

But what contributed to that decision?

For the last eight seasons, Durant’s fate has been intertwined with Russell Westbrook, a dazzling point guard who sometimes forgets he has teammates—including a guy with an MVP trophy and four scoring titles.

Their partnership produced four conference finals appearances, and one trip to the NBA Finals, in the last six years. It also produced a simmering frustration that, in essence, paved the way for his exit.

Durant wanted an offense that kept the ball moving and provided him easier scoring chances. The Thunder fired coach Scott Brooks and brought in Billy Donovan, and still the offense stalled out at key moments, often with Westbrook dribbling into oblivion. The Thunder led the NBA in blown fourth-quarter leads last season, according to Darnell Mayberry of NewsOK.com, despite their firepower.

“Ultimately, he got frustrated and felt that they had plateaued,” said a person with insight into Durant’s thought process. “[Donovan] came in,and he still had the same issues that he had with Russ under Scotty. The offense didn’t change much. He still had to take a ton of contested shots every game; and that’s when he had the ball at all.”

There should be no such concerns in Oakland, not on a Warriors team whose motto is “strength in numbers,” whose stars are all dedicated ball-movers and whose coach, Steve Kerr, was reared on the egalitarian offenses of Phil Jackson and Gregg Popovich.

Chemistry is a delicate and unpredictable phenomenon, but no current team blends elite talent as well as the Warriors do. And that, as much as the chance to win titles, is what is driving Durant to the Bay Area.

“He’s never going to have a game in Golden State where Steve Kerr has to say at halftime, ‘You guys need to get Kevin the ball,’ which happened in OKC,” the same person said.