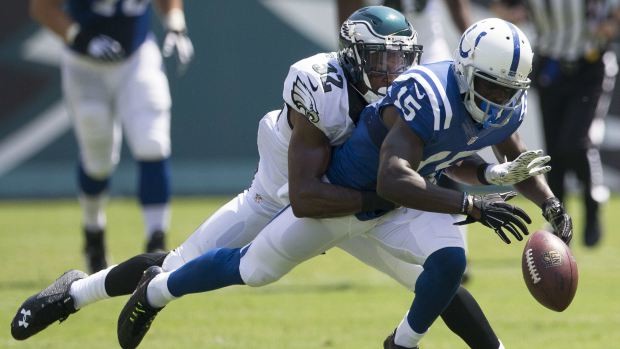 Former Eagle Brian Baldinger calls it like he sees it.

Just because he used to be a Bird don’t expect him to go all weak in the knees about everything Chip Kelly and Co. do.

But Baldy was impressed by Sunday’s defensive performance.

“I’m gonna just say that this defense has a chance to be real good,” Baldinger said Monday morning during an appearance with Anthony Gargano on 97.5 the Fanatic. “Depth is huge. They have that in spades across the defensive front. They have depth at linebacker and they have depth in the secondary. They’re going to be good.

“To watch defensive backs play with real technique yesterday … To watch these guys play with their hands. They were re-routing. They were in the wide receivers’ hip pockets. They’re making breaks on the ball. They’re putting their foot on the ground and coming back to the football.

“I just thought that we saw great technique. You saw it from everybody. You watch Eric Rowe, Jaylen Watkins, E.J. Biggers … It reminds me, but I’m not going to say they’re the Legion of Boom, but they have the chance if they gel. The same technique, no matter how deep you go to down the line. That’s because of good coaching and teaching.”

Eagles head coach Chip Kelly made upgrading the secondary a top priority over the offseason. Gone are Fletcher, Williams and safety Nate Allen. In their place are Byron Maxwell, Nolan Carroll on the outside and Walter Thurmond at safety, to go with second-round draft choice Eric Rowe at cornerback, as well.

“How many times did it frustrate you the last couple of years when defensive backs couldn’t see and didn’t make a play on the ball?” Baldinger said. “Yesterday this group saw the ball.Eric Rowe made a great play on the ball yesterday. He saw the ball. It’s simple, but you can see the drill work is already taking place.”