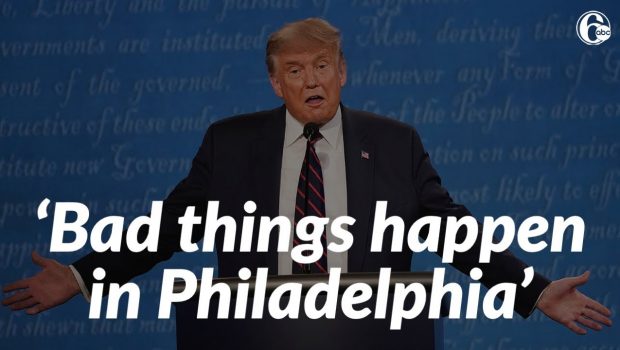 “As you know today, there was a big problem in Philadelphia. They went in to watch, they’re called poll watchers. They’re very safe, very nice thing. They were thrown out, they weren’t allowed to watch. You know why? ‘Cuz bad things happen in Philadelphia, bad things,” Trump said during the debate.

Maybe he was referring to the sorry state of our sports teams!