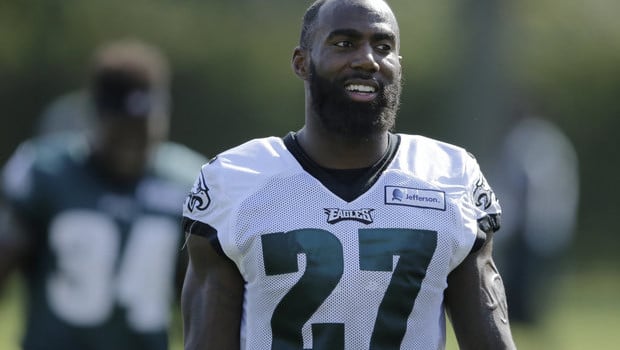 Thirty-four year-old all-pro left tackle Jason Peters left practice with an injury, dropping to the ground and slowly getting up before walking to the sideline.

Matt Tobin replaced Peters at left tackle following the injury and Lane Johnson remained at right tackle, perhaps an early indication that the injury is not believed to be severe enough to facilitate Johnson moving to left tackle in Peters’ absence, which would likely be the plan should the veteran go down with an injury during the regular season.

Meanwhile, the Eagles defense took a hit when Pro Bowl safety Malcolm Jenkins (above) grabbed his leg after covering Jordan Matthews during an early-session drill and ultimately returning indoors with the training staff as well.