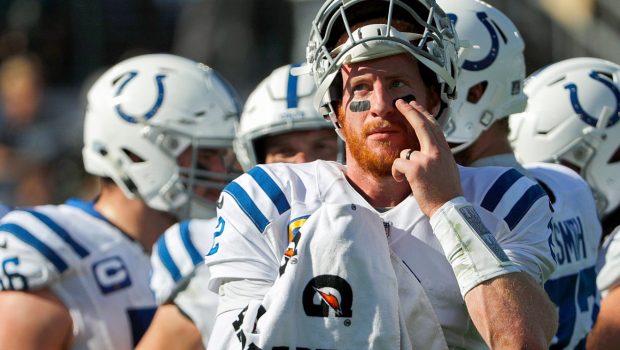 Was Jim Irsay taking a shot at his own quarterback in Carson Wentz?

Wentz played a huge role in the Colts’ collapse, completing just 58.9% of his passes for 333 yards with two touchdowns and an interception (80.6 rating) in the final two games. Wentz completed 62.4% of his passes for 3,563 yards with 27 touchdowns and seven interceptions for a 94.6 passer rating for the season, a bounce-back after he was one of the worst quarterbacks in football in his final season with the Eagles.

You can see,clear as day,in The Final 8 NFL Team Playoffs…you need a QB and Offense,who can score 30 or more in Regulation…and a Defense that can hold an opponent under 30!?