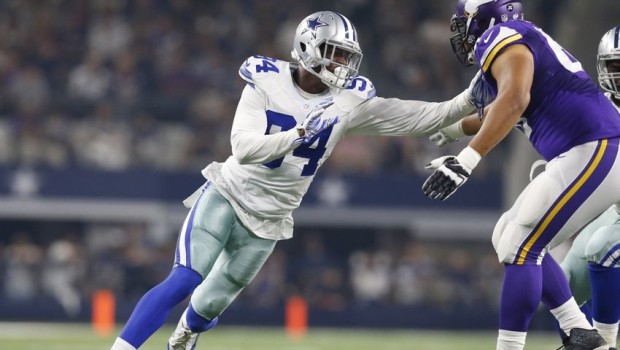 Chalk up another dumb move for Cowboys owner and GM Jerry Jones.

The Cowboys drafted Randy Gregory aware that he was a risk as a second-round pick following a failed drug test at the 2015 NFL Scouting Combine. His substance abuse problems have now shown up at the pro level.

The NFL announced Gregory has been suspended without pay for the first four games of the 2016 regular season for violating the NFL policy and program for substances of abuse. Gregory is eligible to participate in all offseason and preseason practices and games.

This is a setback for the linebacker after mixed results in his rookie year. He missed four games to injury and wasn’t too productive (11 tackles, no sacks) as a part-time player. But he also didn’t look out of place as a pro, quietly racking up six hits and 15 hurries according to Pro Football Focus in only 250 snaps.

As NFL Media Insider Ian Rapoport pointed out, this suspension means that Gregory has failed a total of four drug tests. The second and third failed tests resulted in fines. The next failed test will result in a half-season suspension. The Cowboys have a lot of questions about their pass rush, and Gregory’s troubles only add to them.