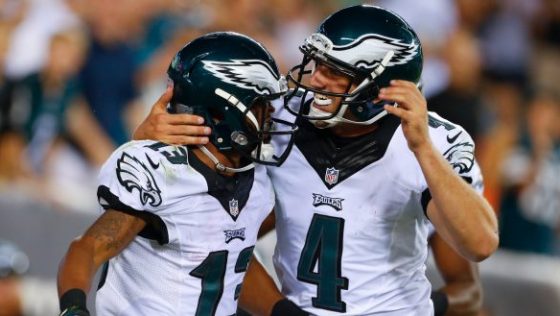 BACK TO THE FUTURE: EAGLES HIRING EX-QB KINNE AS ASST. COACH

The Eagles are starting to resemble the Flyers in that they seemingly only hire former players:

According to Bruce Feldman of The Athletic, the Eagles are hiring former quarterback G.J. Kinne as an offensive assistant.

Kinne worked on the coaching staff at SMU and Arkansas the last two years under Chad Morris.

A former undrafted rookie quarterback from Tulsa, he parts of three years with the Eagles (2013-15), on the practice squad then a third year in training camp after converting to wide receiver.

He has also spent time with the Jets, along with stints in the CFL, UFL and Arena League.