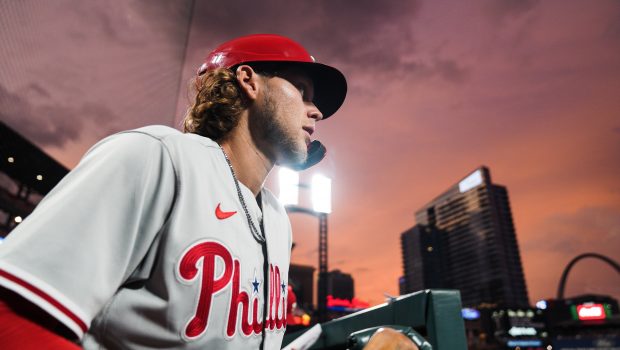 BACK IN THE USA, PHILS NOLA, JT, BOHM, GIBSON REINSTATED

The Phillies have returned relievers Nick Duron and Bubby Rossman to the minor leagues. Duron heads to Triple-A Lehigh Valley, while Rossman goes back to Double-A Reading. Both players had their contracts selected as designated COVID-19 substitutes for the Phils’ set in Toronto, so neither will occupy a spot on the 40-man roster.

And they have returned catcher Rafael Marchán and optioned infielder Will Toffey to Triple-A. Those players will remain on the 40-man — Marchán because he’d been added to the roster well before his latest callup, Toffey because he wasn’t designated as a substitute player upon being selected to the big leagues today.

The moves clear roster space for the reinstatement of the four players on the restricted list — Kyle Gibson, Aaron Nola, Alec Bohm and J.T. Realmuto will be permitted to rejoin the club for their weekend series in Miami.