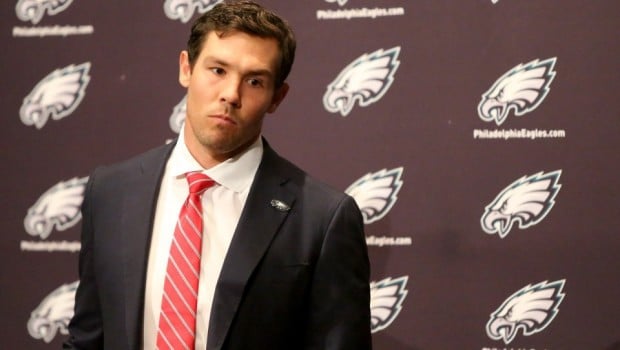 BACK IN THE NEST! EAGLES QB SAM BRADFORD ENDS HIS HOLDOUT

After one of the shortest and most pointless holdouts in sports history, Eagles quarterback Sam Bradford returned to the nest today!

He missed two weeks of the Eagles offseason workouts in an attempt to force the team to trade him, and returned to the NovaCare Complex.

Bradford’s holdout, and desire to be traded, started when the team traded up for the No. 2 pick in the 2016 NFL Draft, a pick they used on North Dakota State quarterback Carson Wentz.

Bradford signed a two-year, $25 million deal — with $22 million guaranteed — back in March, prior to the start of free agency.

At the time, it appeared the deal meant the Eagles were going to at least give Bradford a chance at becoming the franchise quarterback. Any chance Bradford had of securing the job ended when the team traded up for Wentz, however, something the veteran quarterback quickly realized.